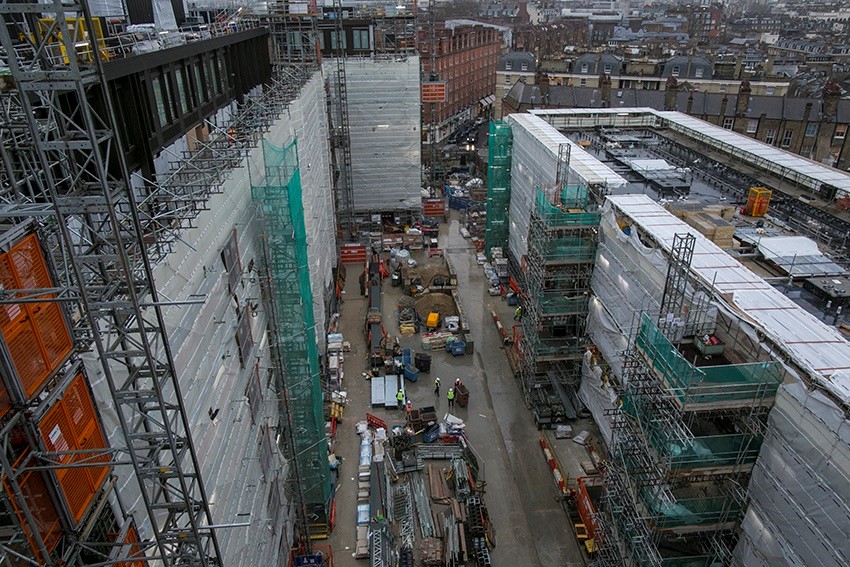 The £3 Billion Chelsea Barracks project was an existing British Army Barracks located in Westminster, adjacent to Chelsea and Belgravia.

The only evidence that remains of the original buildings is a chapel called Guards’ Chapel, this building is listed for its special architectural or historic interest.

Today, the site is under construction and is set to be one of the highest specification / most sort after places to live in London.

These were all completed successfully and the access scaffold was erected to service many different trades throughout the duration of the project.

All 5 blocks each had a ‘system scaffold’ with a mixture of tube and fitting scaffold wrapped around them and covered in Monarflex.

Each building was clad with a beautiful / high specification stone that required a bespoke lifting system to be able to move/install the stone around the building.

Once erected, the scaffold then had extremely large beam sections introduced, designed to allow access that was not known at design stage, which again was delivered successfully. 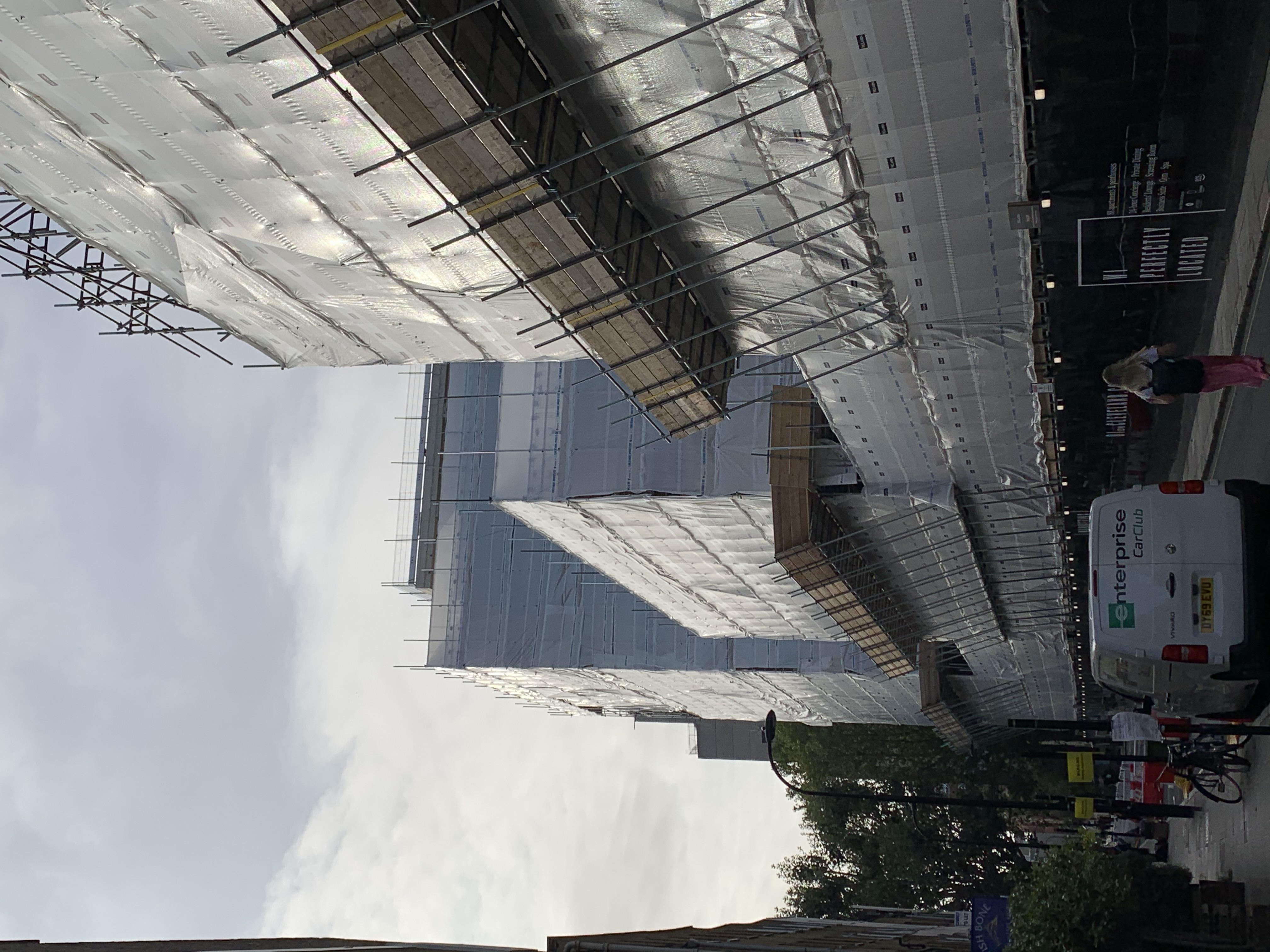 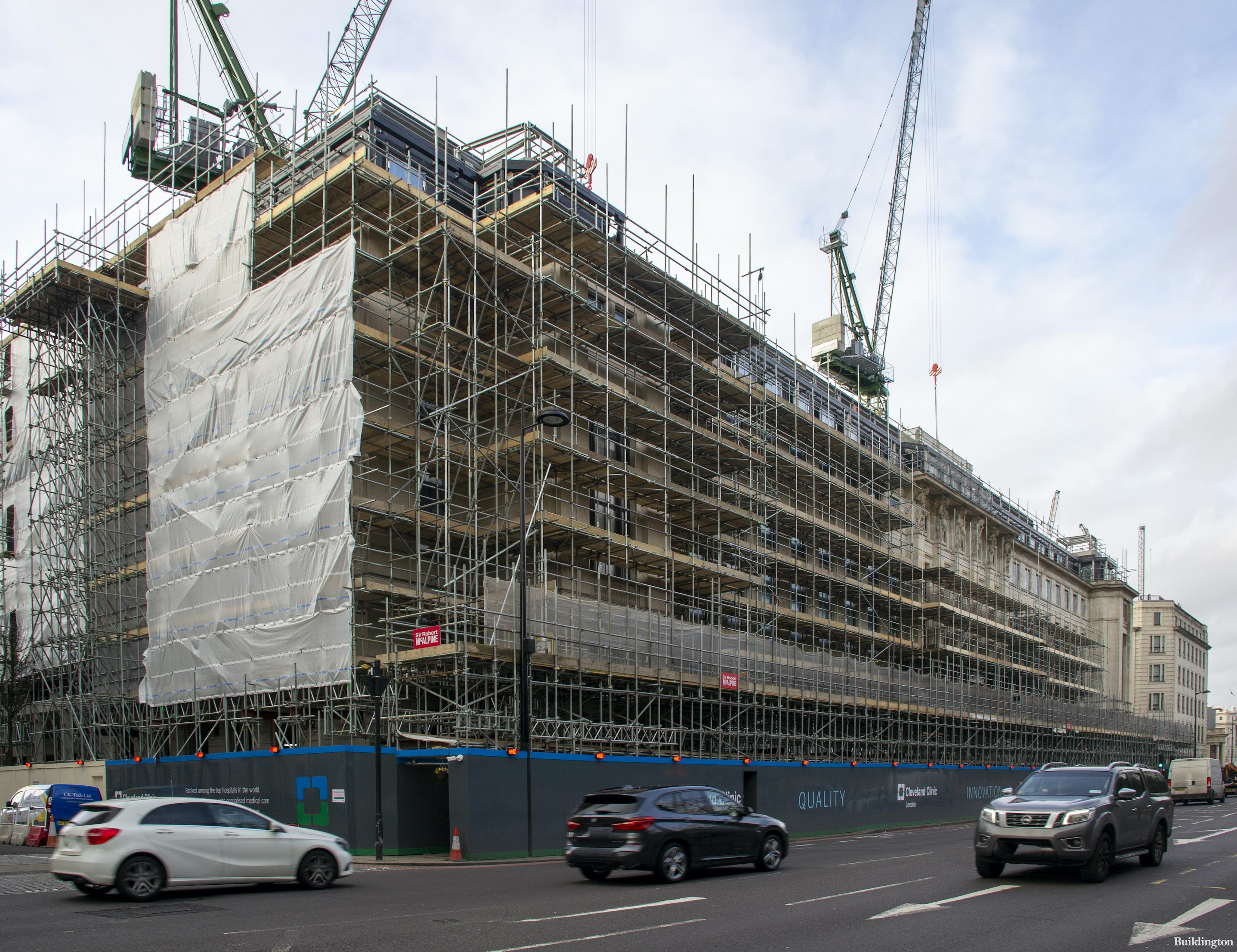 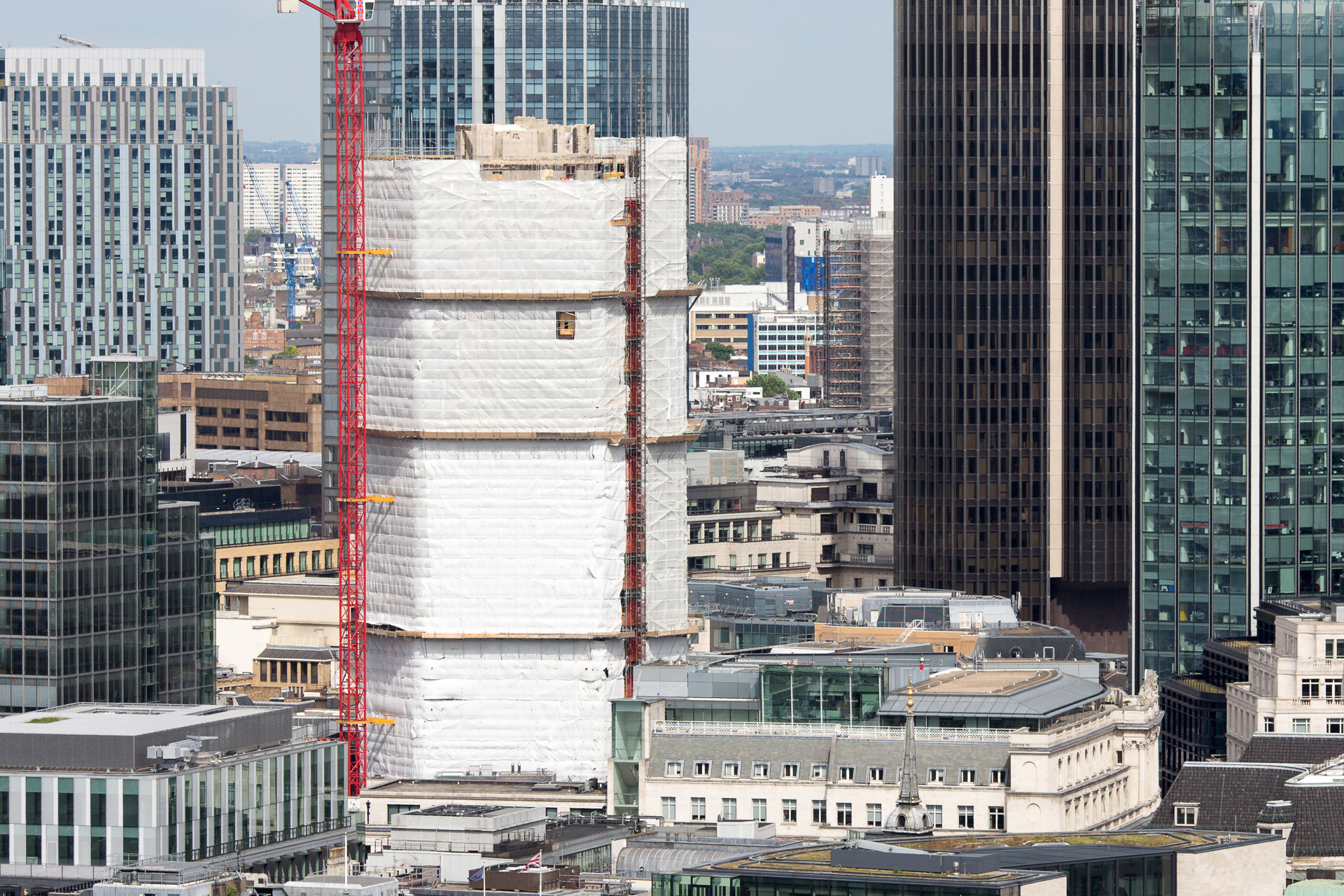 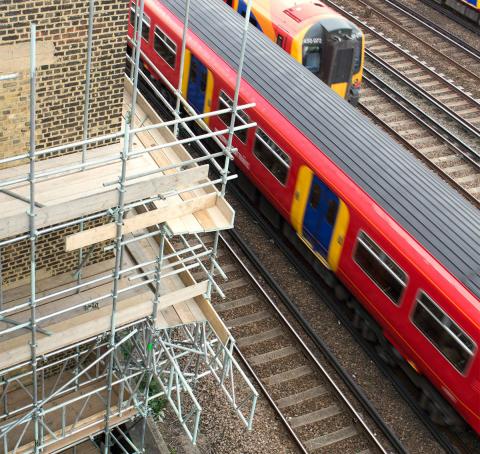 The Aykon Towers Project Alandale Scaffolding undertook (in conjunction with Keltbray) the access scaffold[s] to facilitate the demolition of an existing property in Bondway, Vauxhall 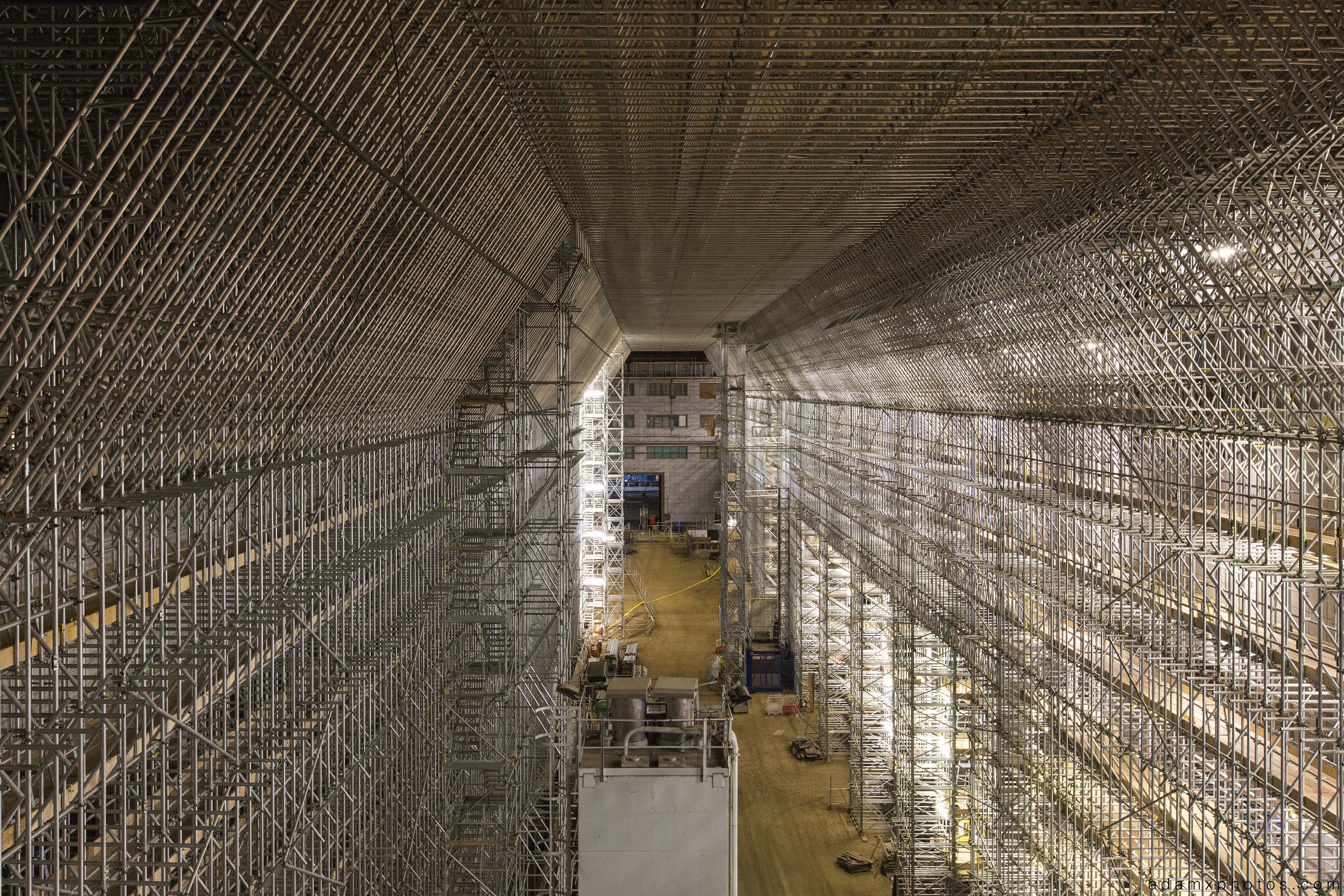 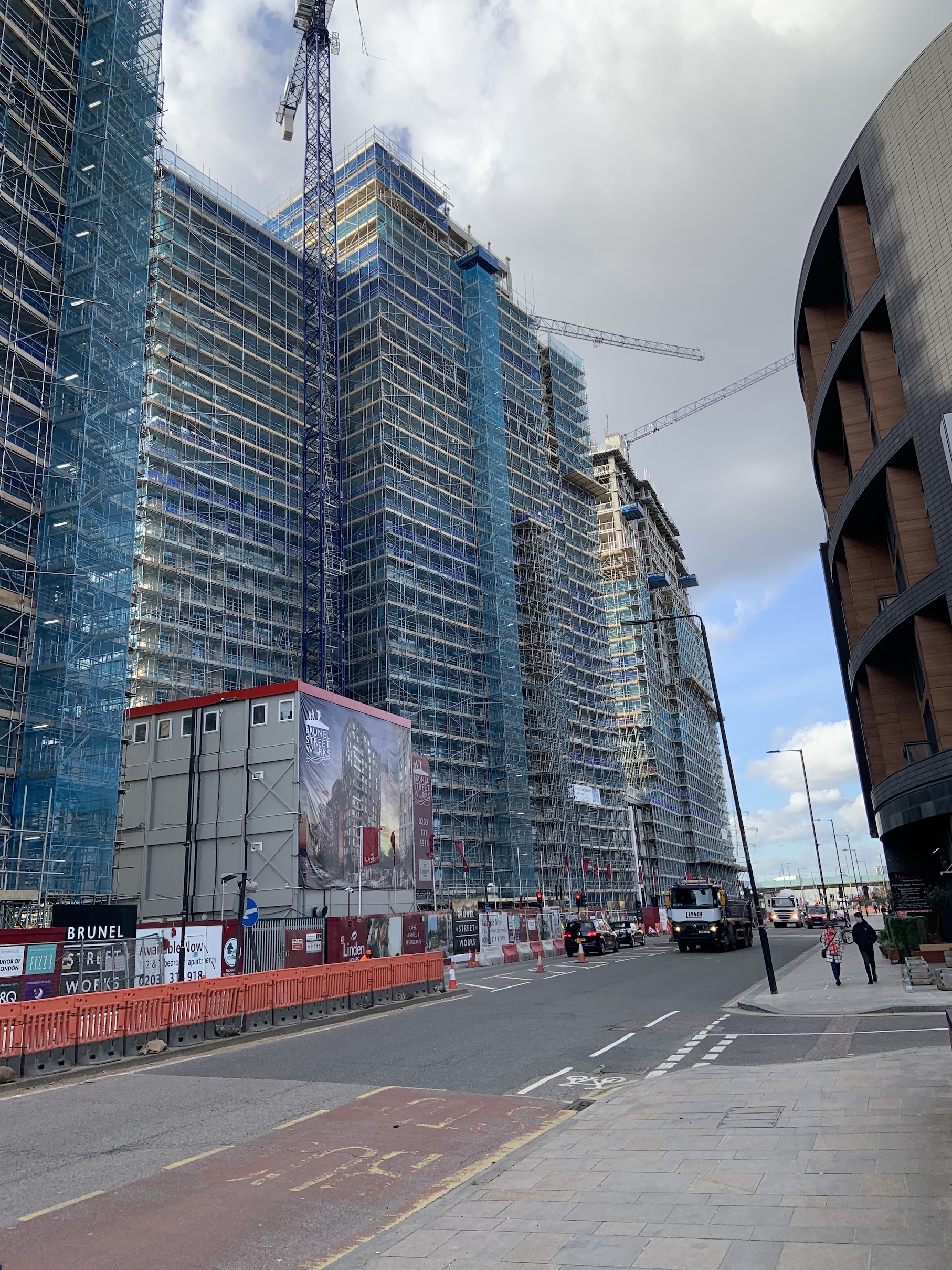 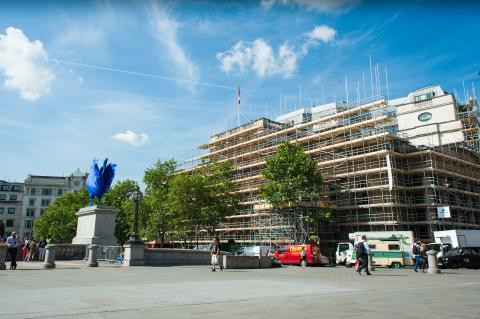 The Canada House Project: Canada House was to become the home of the Canadian High Commission to the UK, a building originally designed by the 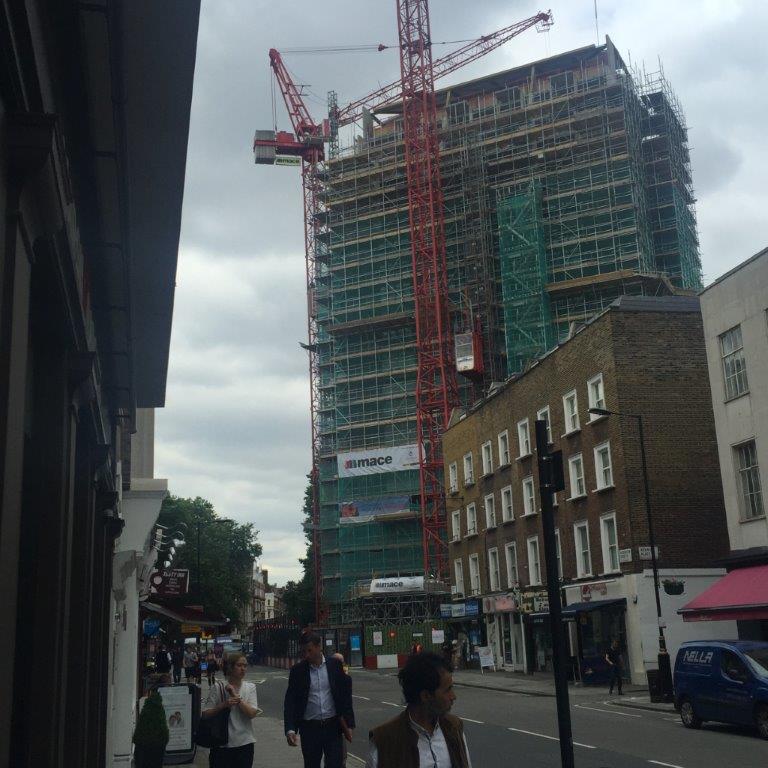 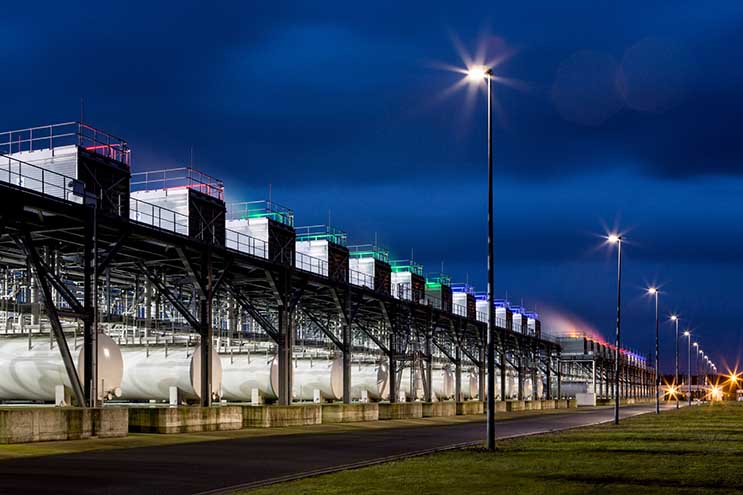 The Data Centre Belgium Project: Located in the Walloon region of Belgium, this Data Centre uses recycled water from a nearby canal to cool its 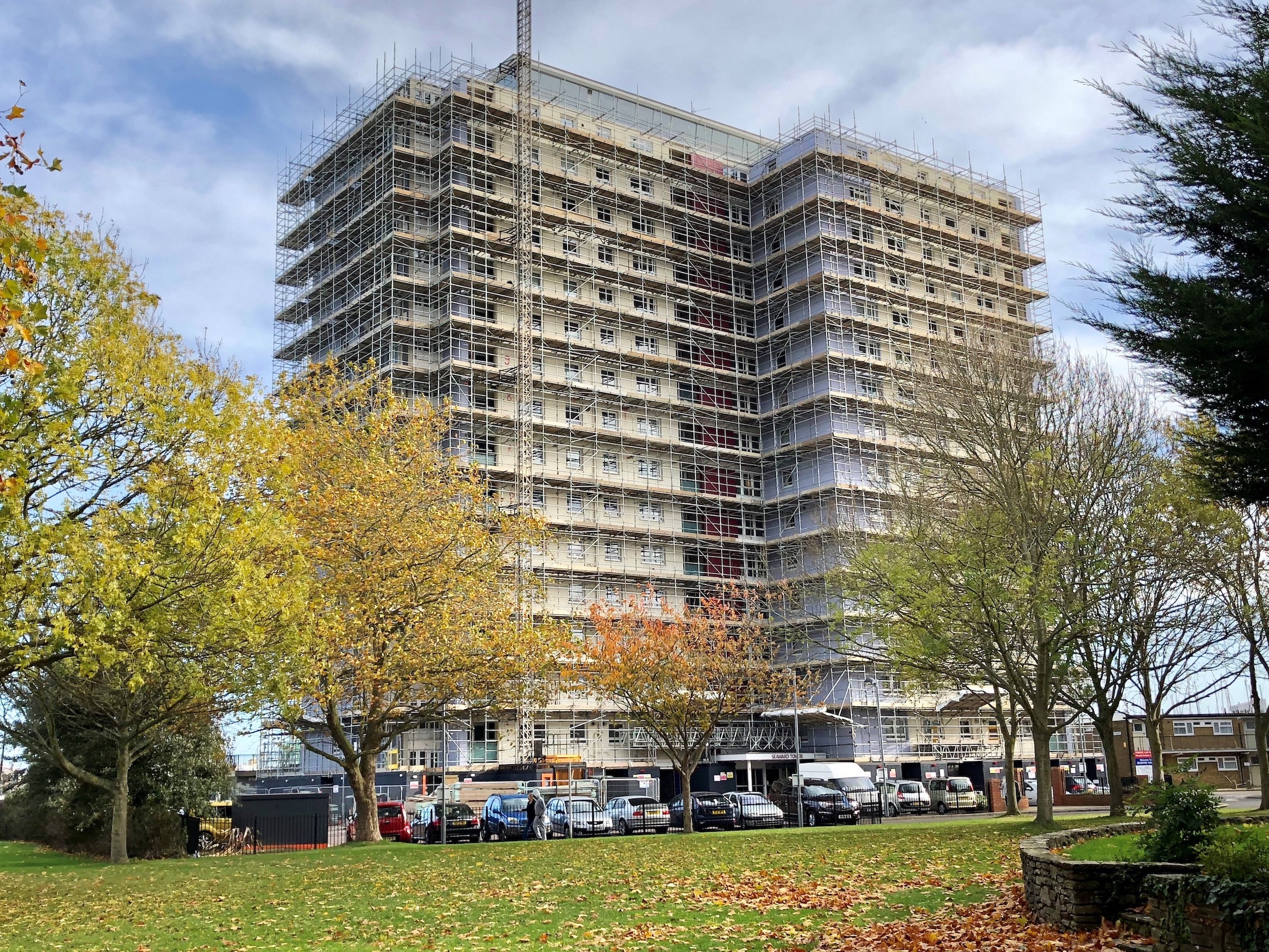 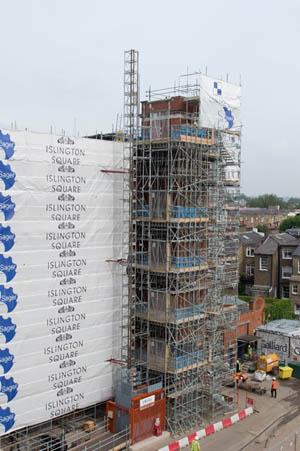 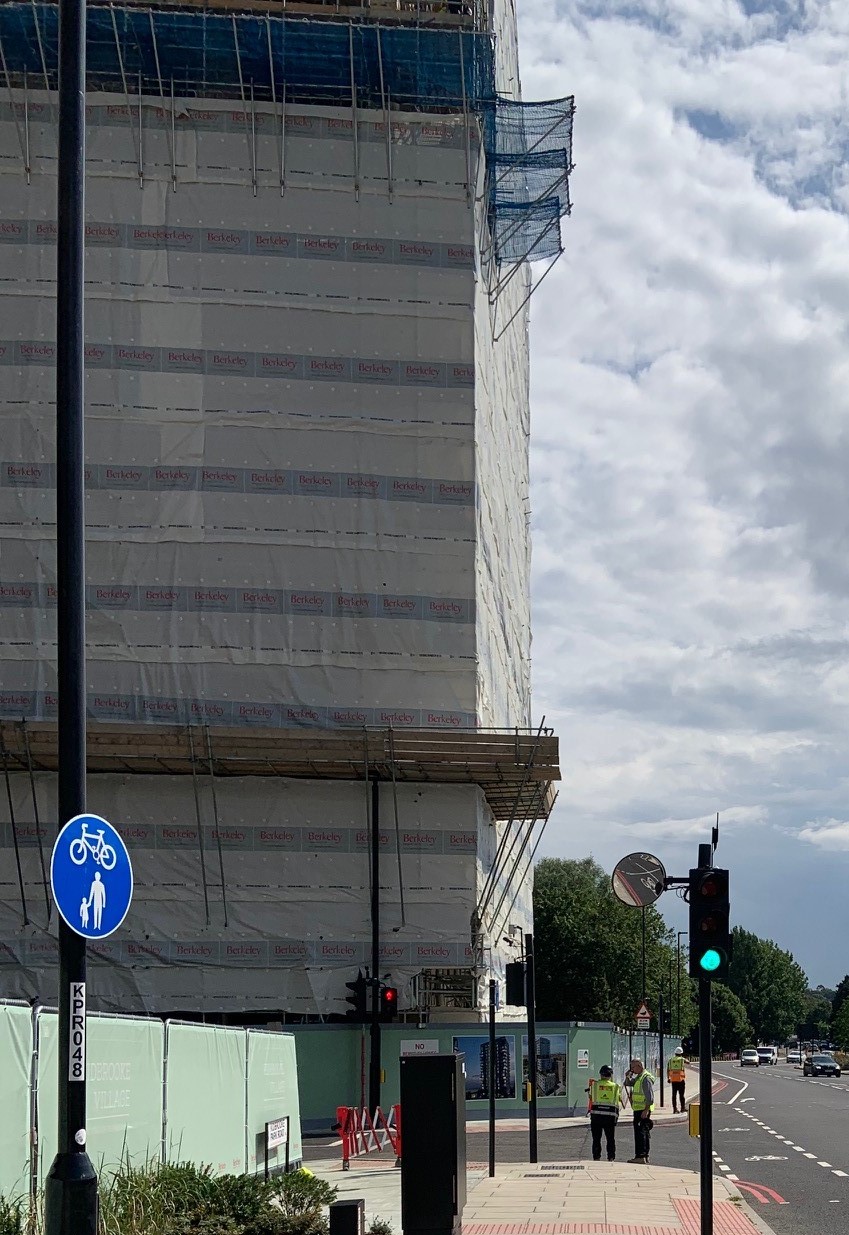 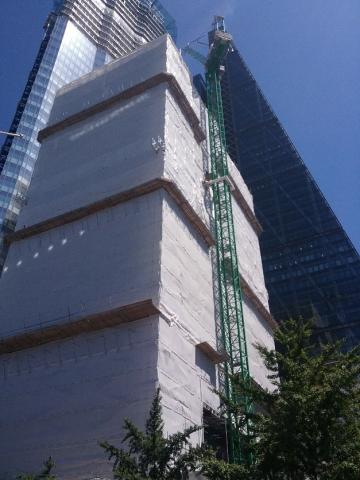 The 150 Leadenhall Project: This major project was undertaken by Keltbray and included the demolition of the existing 8 and 20 storey buildings. The site will provide 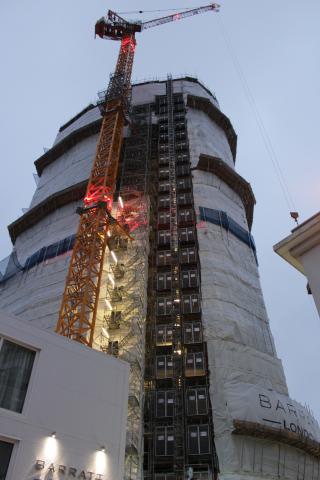 The Lombard Road Project: The Lombard Wharf project was a Barratt London development in Battersea.  The project was situated close to the Thames just across 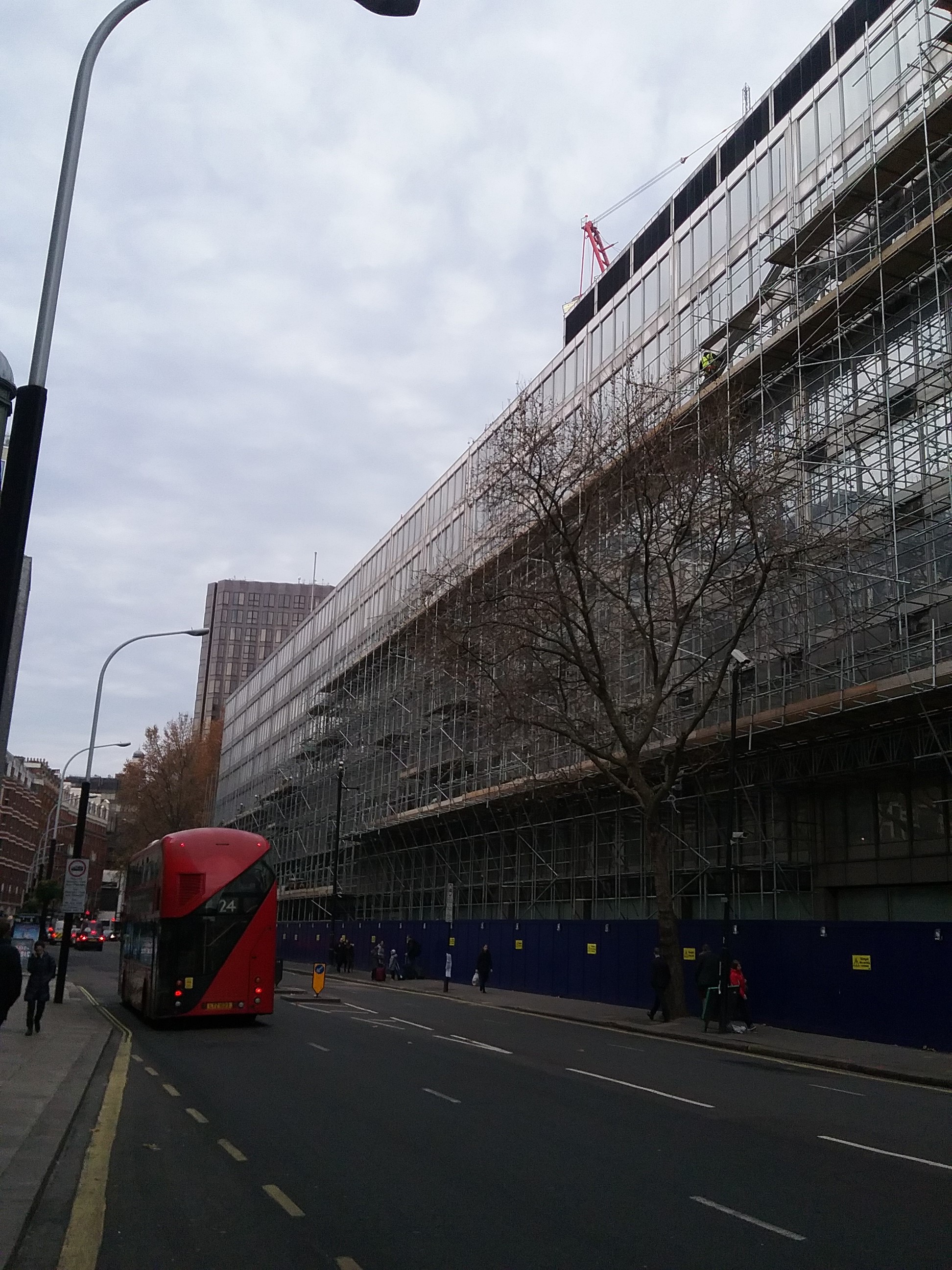 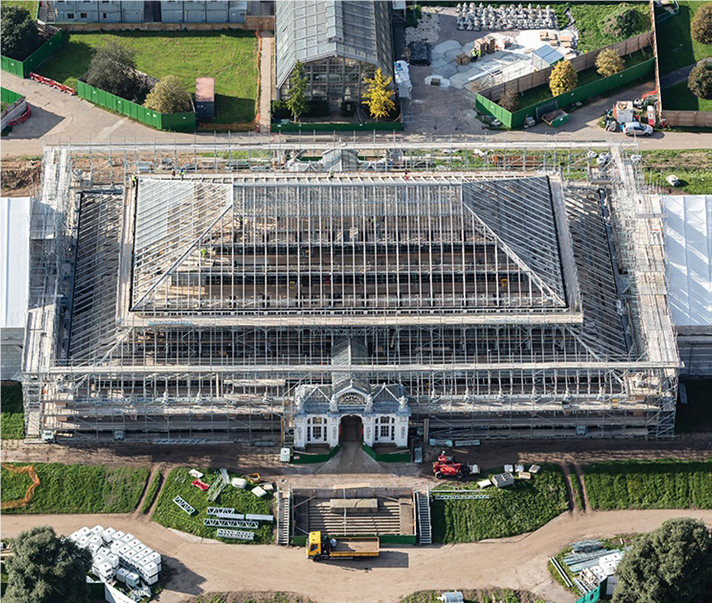 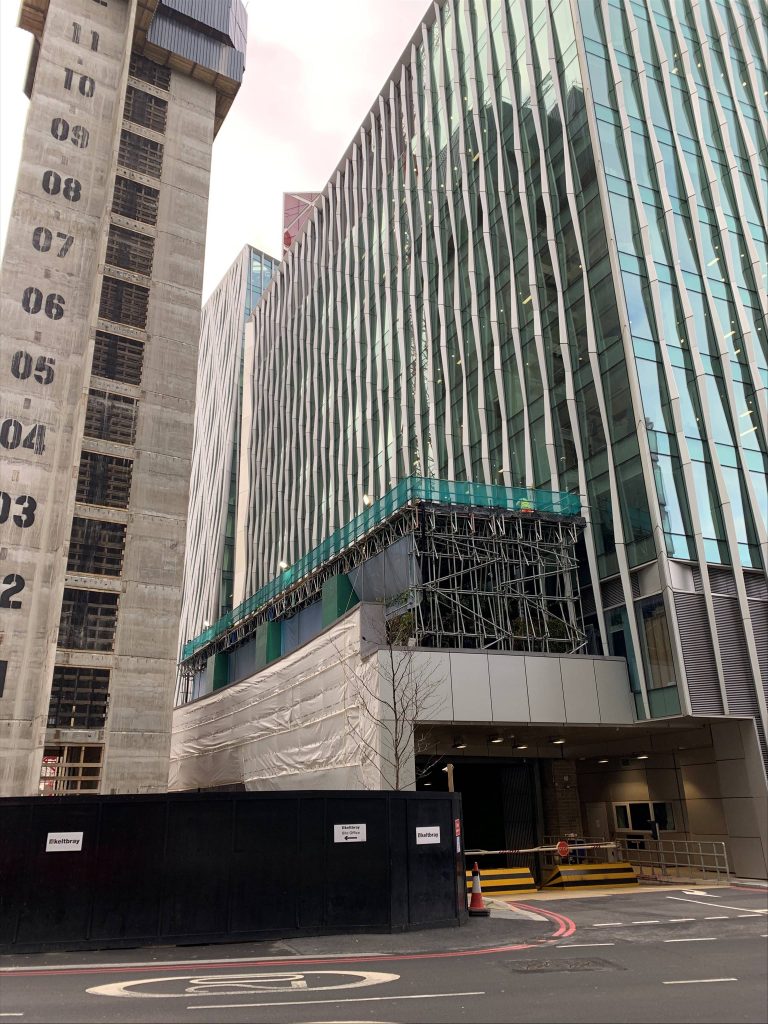 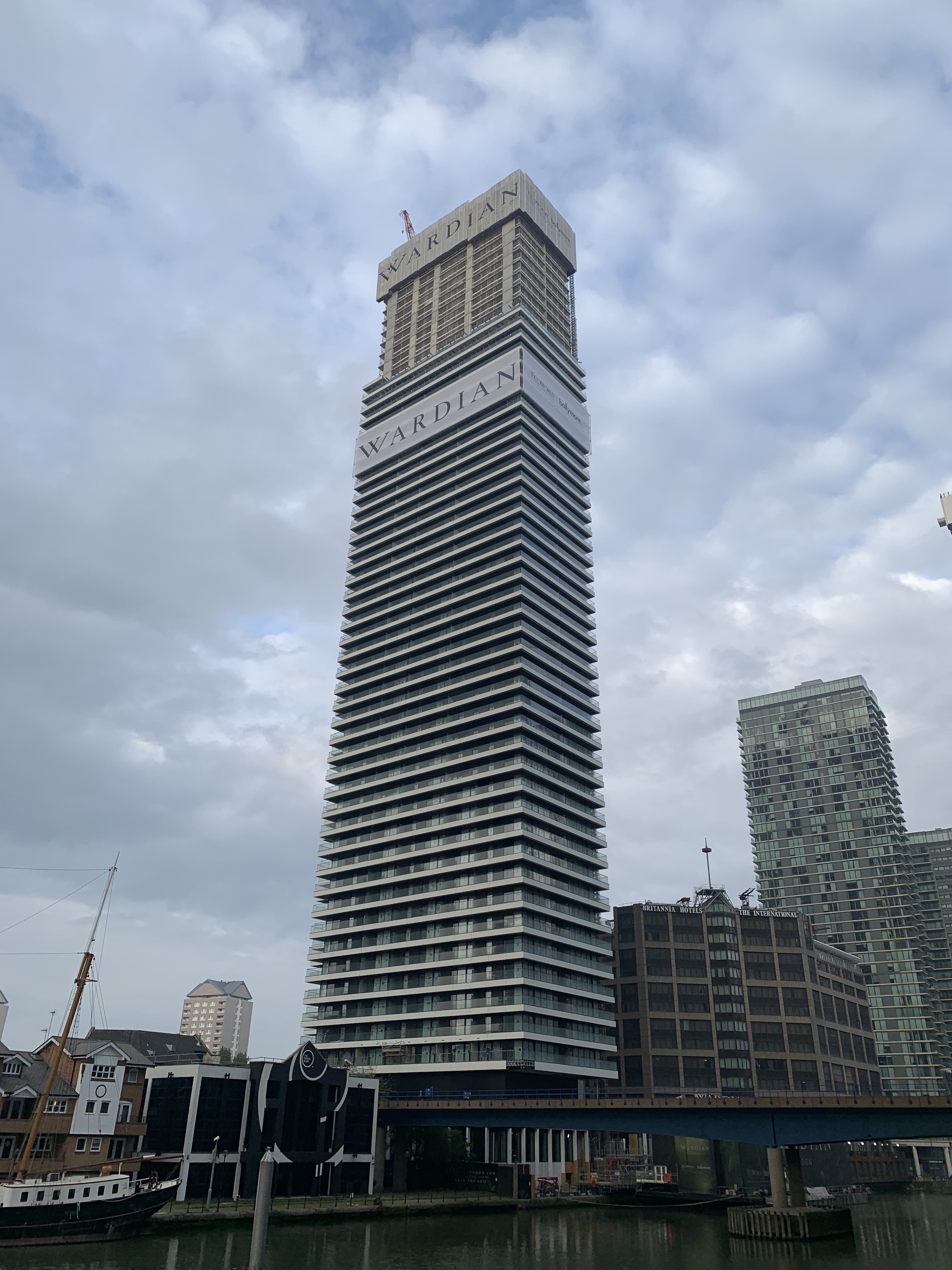 The Wardian Project: The Wardian (Arrowhead Quay) development is 2 new-build High-Rise Residential Towers (50 storey and 55 storey) located directly next to the River 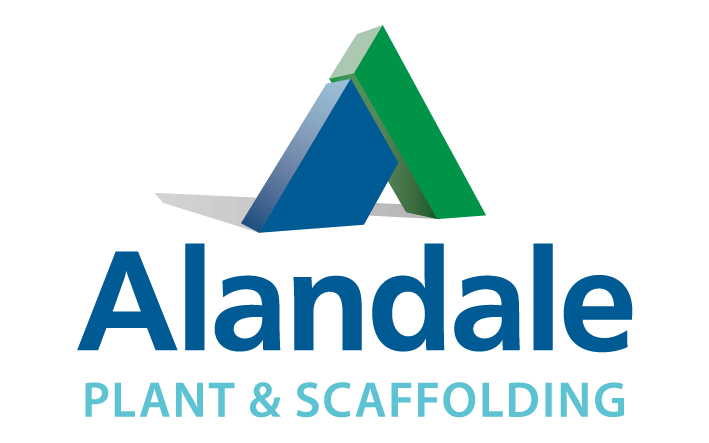